Technology initially developed in Alberta over the past decade has been successfully commercialized over in Southeast Asia, it’s well past time to bring it back to Alberta where it can benefit Farmers, Workers, Investors and Consumers.

As the world seeks lower carbon footprint solutions, agricultural Biomass is rapidly becoming the smart choice. Alberta BioBord has designed a project to produce straw based fuel pellets and manufacture medium density fibreboard (MDF) using wheat straw as the raw material. The process was piloted at Alberta Research Council (now Alberta Innovates), and the board properties were tested and confirmed there via the early efforts of the original BioBord team starting over 6 years ago. The research was unfortunately adopted & commercialized in China & SE Asia rather than here in Alberta. Three of the original motives behind the research were increased income for Agricultural producers, avoidance of deforestation and practical long term sequestration of CO2. This valuable sequestration of the CO2 in the straw MDF boards was confirmed at ARC and the addition of fuel pellet production makes the Alberta BioBord Corp proposed MDF plant potentially one of the the largest carbon capture projects in the world.

In total, we will utilize over 1.2 Million Metric Tonnes per year of residual straws in place of wood. Between now and 2030, our products will help Alberta reduce its greenhouse gas emissions by well over 20 MILLION Metric Tonnes. Our annual net negative 2.4Mt GHG footprint will provide the equivalent of removing over 518,505 vehicles off our roads EVERY single year!

CARBON CAPTURE IS CALCULATED TO BE: 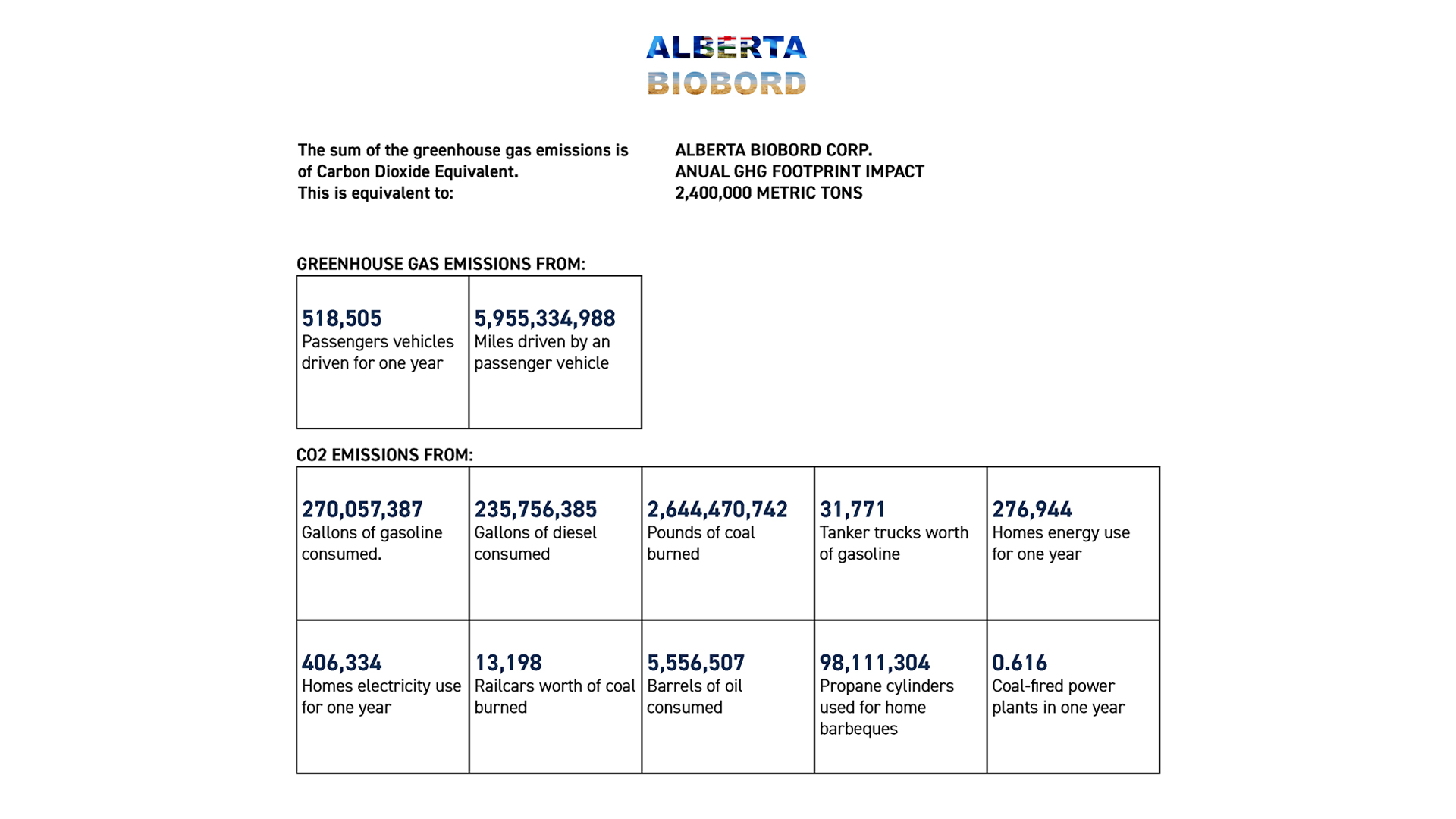 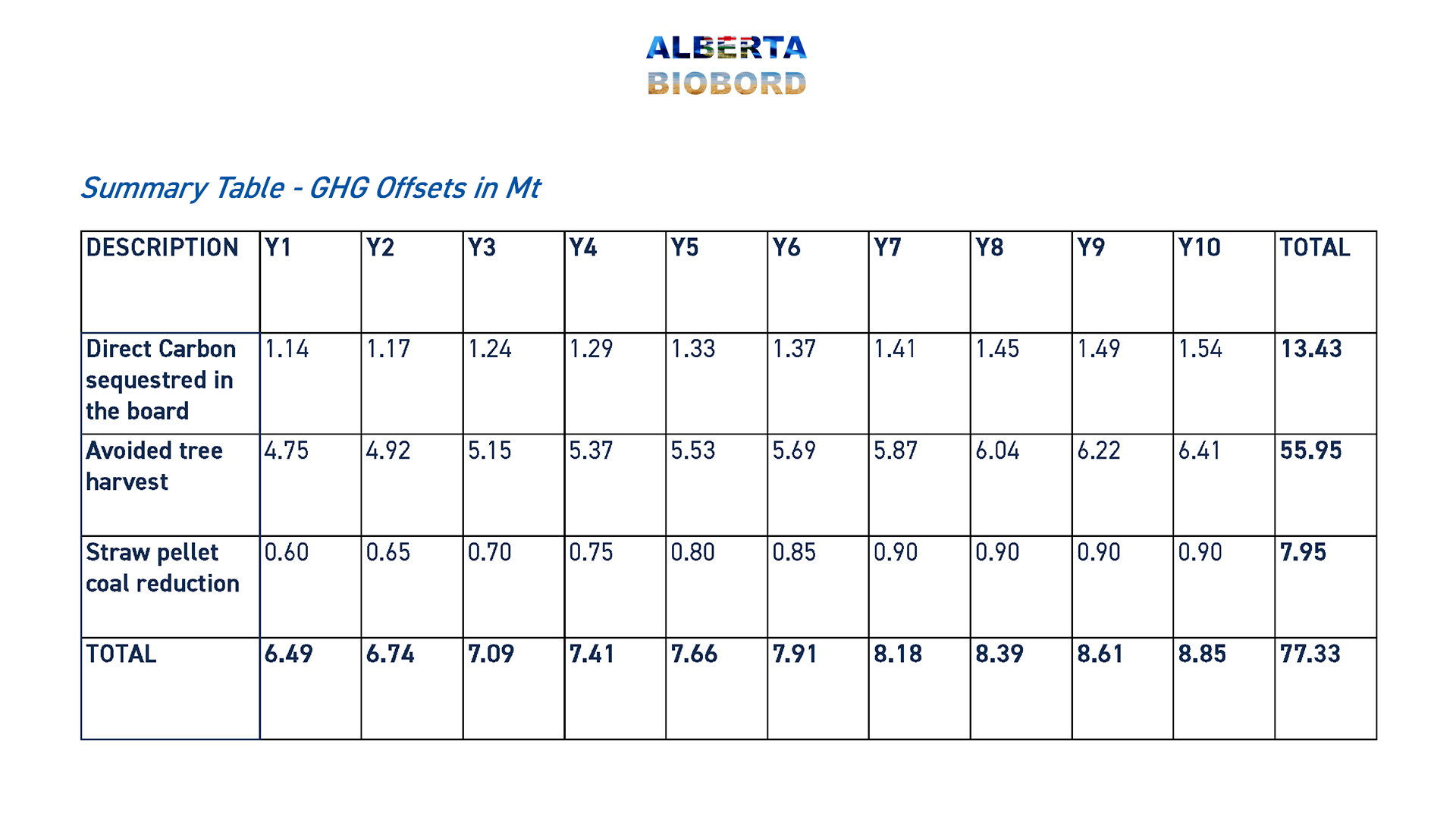 Traditional waste streams of wood chips & sawdust for production of engineered wood products such as OSB, Particle Board & Medium Density Fibreboard have suddenly been adopted as a source for the production of Wood Pellet Fuels, in demand globally to replace coal in Electricity Generation. Canada’s wood pellet market is expected to exceed 4M Metric Tonnes in 2020, COVID-19 hasn’t slowed demand! Forests everywhere are shrinking with the added pressure of being vital to maintain healthy ecosystems for the carbon sink benefits. The demand for wood fibres for pellets is growing globally at over 12%/Yr, causing MDF manufacturers both higher fibre input costs and forcing them to start using whole trees. 75% of Canada’s pellets are exported! The handling & chipping costs when having to use whole trees adds to the overall input costs, leaving existing wood based MDF producers having no choice but to raise the prices of all MDF products to consumers. It takes ~40 years to grow mature trees in Canada.