Alberta BioBord has designed a project to produce 300,000 MT of straw based fuel pellets in Phase 1 and then in Phase 2 also manufacture 430 MILLION square feet of 3/4" equivalent thick medium density fibreboard (MDF) using wheat straw as the raw material to meet a third of the current North American MDF market shortage. The process was piloted at Alberta Research Council (now Alberta Innovates), and the board properties were tested and confirmed there via the early efforts of the original BioBord team starting over 6 years ago. The research was unfortunately adopted & commercialized in China & SE Asia rather than here in Alberta. Three of the original motives behind the research were increased income for Agricultural producers, avoidance of deforestation and practical long term sequestration of CO2. This valuable sequestration of the CO2 in the straw MDF boards was confirmed at ARC and the addition of fuel pellet production makes the Alberta BioBord Corp proposed MDF plant potentially one of the the largest carbon capture projects in the world!

CARBON CAPTURE IS CALCULATED TO BE: 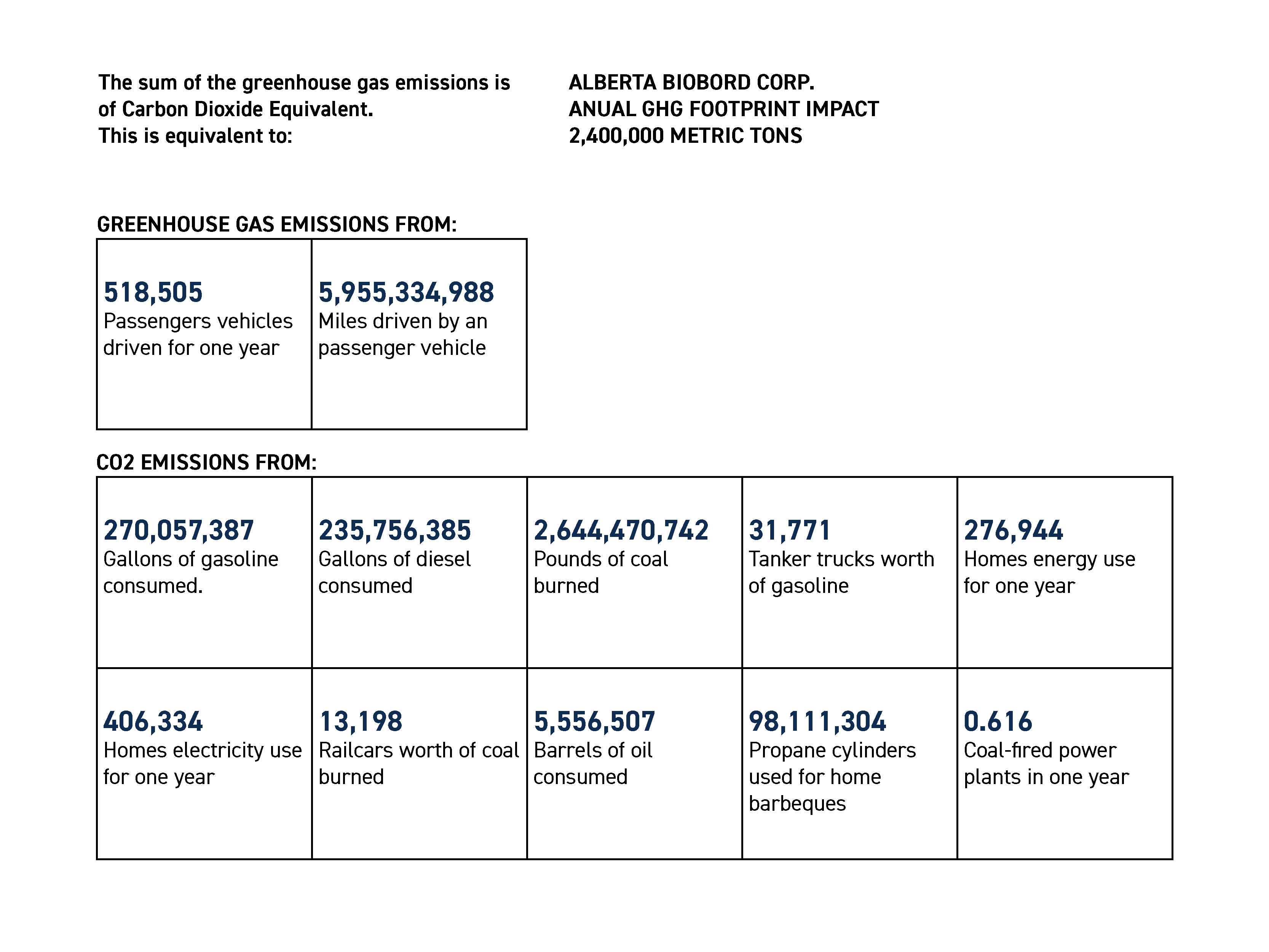 WHAT OUR INITIATIVES BRINGS